Other Parks Other Rides Thrill Rides 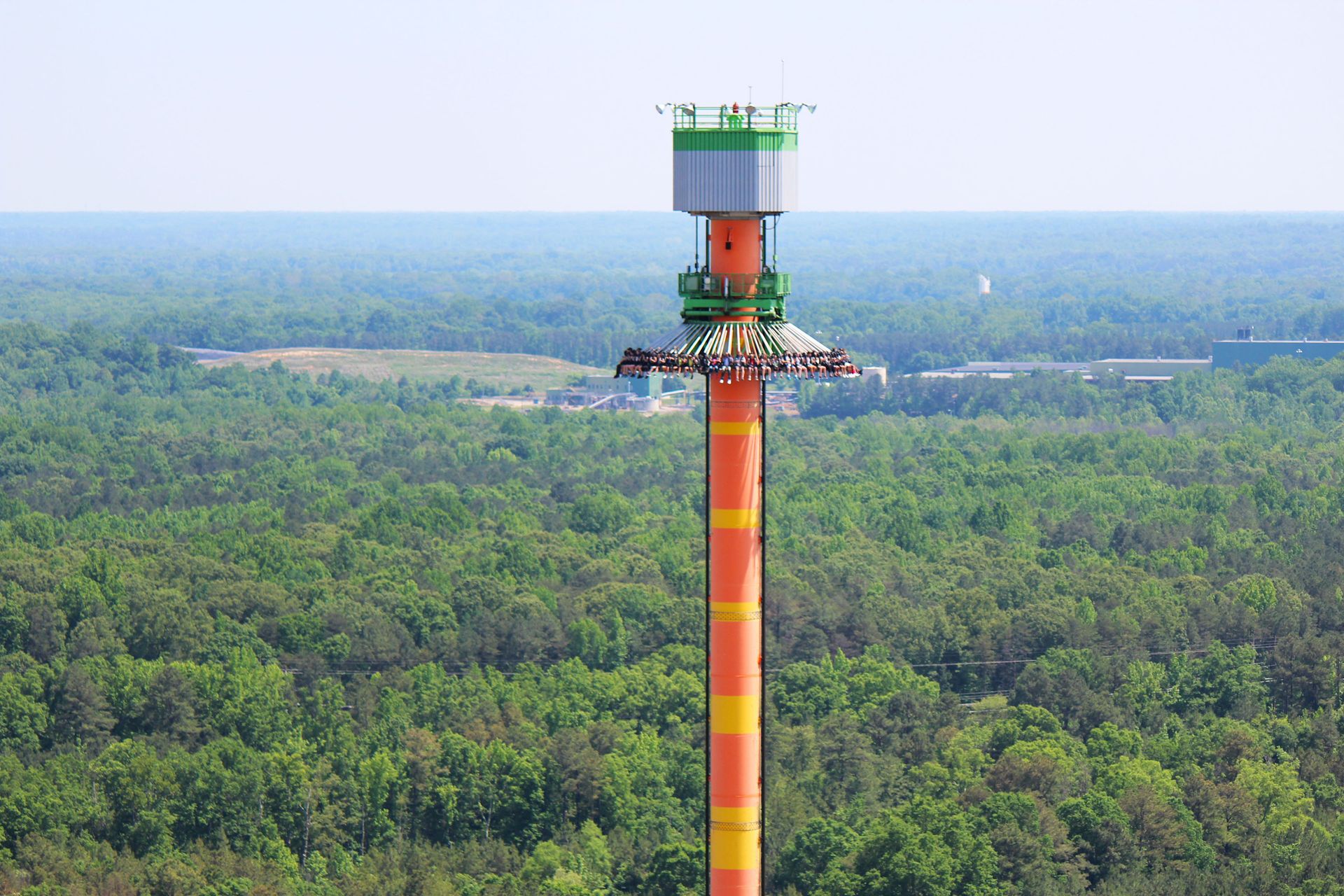 The concept of a drop-tower ride is simple: Vehicles carrying nerve-wracked passengers rise high in the air, pause for a few anxious moments and then — cue the screams — plummet to the ground.

Perhaps the most famous drop tower ride is the Twilight Zone Tower of Terror at Walt Disney World, which has been wracking the nerves of visitors since 1994. (A similar Twilight Zone attraction opened at Disney California Adventure in 2004, but Imagineers changed it a couple of years ago for a “Guardians of the Galaxy” theme.) Its faster-than-freefall drop, which, according to Disney lore, plunges 13 stories in its 199-foot tower, is plenty thrilling.

But there are attractions at other parks that tower above the Twilight Zone — way above. Let‘s run down the tallest drop tower rides at parks in North America. If you are deathly afraid of heights, you’ll surely want to steer clear of these contraptions, all of which soar so high into the airspace the Federal Aviation Administration requires them to be outfitted with warning beacons. You’ve been warned.

Get Arthur’s Articles
About Arthur Levine